Take a Trip Back in Time to Past ASNT Conferences

Since ASNT’s first meeting in Boston, Massachusetts, in 1941, the annual conference has always taken place in the fall.

Charles W. Briggs spoke at the first meeting of the AIRXS in October 1941. He described the historic research on gamma radiography with radium conducted by Dr. Robert Mehl. This later became the Mehl Honor Lecture series.

During the 1947 annual conference, held in Chicago, AIRXS renamed itself the Society for Non-Destructive Testing (SNT).

In 1951, SNT and ASM brought the world within reach when they combined forces to create the First World Metallurgical Congress. Although the Americans at the event outnumbered their international counterparts 49 to 15, that first contact opened up new channels of international collaboration in NDT.

ASNT’s first international meeting took place in Brussels, Belgium, in 1955. Called the First International Conference on the Nondestructive Testing of Materials, it was a great success, attracting 650 participants from 26 nations. At the conference banquet, a group of miners, dressed in their uniforms complete with headlamps, serenaded the attendees, expressing their appreciation for the NDT of mineshaft ropes.

The September-October 1963 issue of Nondestructive Testing announced the creation of SNT Radio Net during the national convention in Detroit, with the primary purpose to be the exchange of information pertaining to NDT over the airwaves via ham radio.

At the 1957 Annual Conference, the Society presented the DuPont Award, sponsored by the American chemical company, to honor a member who had made significant contributions to NDT through the use of fluorescent penetration or the photographic recording of penetrating radiation.

The 1961 convention, held in Detroit, was the first time there were so many technical sessions that they had to be scheduled concurrently, a practice that continues today.

In 1964, at SNT’s national conference in Philadelphia, there were four showings of a CBS Reports program called “The Legacy of the Thresher,” which examined the use of quality control in submarine construction. It left everyone in attendance wondering if more effective NDT might have averted the recent sinking of the US nuclear submarine.

The Coolidge Award, the DeForest Award, and the DuPont Award were discontinued at the 1965 national convention in Detroit due to a concern that industry-sponsored awards may show bias. Since then, all ASNT awards and recognition have been sponsored by the Society itself.

The inaugural Gold Medal Award was given to Philip D. Johnson, one of the founders of ASNT, at the 1965 convention in Detroit. In 1991, the Honorary Member award was renamed the Philip D. Johnson Award.

The presidential collar was presented for the first time in 1966 by the outgoing president, Bryant Justice, to the incoming president, Richard Socky, in a tradition that continues to this day.

More than 350 people paid tribute to Philip D. Johnson during banquet ceremonies at the national conference in Atlanta, Georgia, in 1975, as he retired after 34 years of service to the Society.

In 1975, ASNT held its conference independent of ASM for the first time in decades. Although inevitably smaller in ASM’s absence, member attendance was the highest ever and the conference was viewed as a sign that ASNT had “come into its own.”

At the 1977 conference in Detroit, outgoing president Chuck Hellier reported that ASNT membership had reached an all-time high of 9732, with 72 local sections including eight student sections.

In 1982, in response to declining membership, ASNT held its fall conference in conjunction with the Society of Manufacturing Engineers and the American Society for Quality Control. Called QualTest-1, the conference succeeded in boosting ASNT membership back above 9600.

For the first time in 28 years, the United States and ASNT hosted the 11th World Conference on Nondestructive Evaluation (WCNDT), in 1985. Materials Evaluation published a commemorative issue in honor of the event, which drew thousands of participants from around the world to Las Vegas.

The ASNT Standards Writing Committee met for the first time at the 1986 fall conference, where it began the task of incorporating 700 comments into a formal draft that eventually became ASNT Standard for Qualifications and Certification of Nondestructive Testing Personnel, the Society’s first official standard, which was published in 1989.

In 1991, in conjunction with the Society’s 50th anniversary, ASNT returned to Boston for the fall conference to rededicate Building 34 at the old Boston Navy Yard, the place where ASNT was initially founded.

Harnessing the power of this new thing called the Internet was the focus of Society discussions at the 1995 fall conference in Dallas, Texas. The official ASNT website launched soon after in 1996.

In 2000, the Society voted to disband the International Committee at the conference in Indianapolis, combining all relations with domestic and international members alike through the Sections Operations Council.

The first ASNT Day of STEM was held in Salt Lake City in 2015.

In 2016 in Long Beach, California, the American Society for Nondestructive Testing celebrated its 75th anniversary. 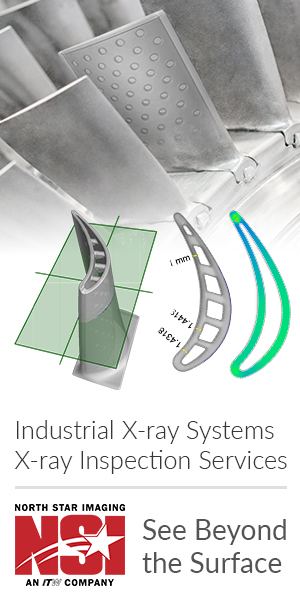