An honorary member is a person of acknowledged eminence in the domain covered by the Society or is one who has been recognized as a benefactor to the Society through services such as being a national officer. In 1990, this award was renamed in honor of Philip D. Johnson, who co-founded ASNT and nurtured it through its first three decades. This award is the highest that the Society bestows.

2019 winner Joseph L. Mackin has been involved in nondestructive testing since 1978, when he began work at Baker Hughes Vetco Services inspecting oil field pipe, primarily casing, tubing, and drill pipe. As it has turned out, all but six years of his career has been in that industry sector.

Mackin joined ASNT in 1989 and attended his first national conference in Boston, which was ASNT’s 50th anniversary in 1991. He has attended every Annual Conference and Research Symposium since, except one. While he went to the Boston conference to attend the technical sessions, the opportunity to contribute to the NDT profession through involvement in ASNT committees proved to be the greater appeal. He attended the meetings for all four councils and the National Certification Board’s open meeting to find out where he felt he could make a contribution. Based on his background in training and training evaluation, he was drawn to the Education and Qualification Council (E&Q). Regular attendance at various committee meetings as well as full council meetings led to being asked to run for secretary of the E&Q Council in 1994, vice chair in 1995, and chair in 1996.

Since that time, he has been involved in many areas of the Society. He has served on the Board of Directors for eight years, including four as an officer. He served as a council division chair for 16 years (nine years in the Technical & Education Council’s Methods Division, four in the Certification Management Council’s [CMC] NDT Level II Examination Division, and three in the CMC NDT Level III Examination Division). He served for seven years on the Business and Finance Committee and three years on what is now the Governance Committee. His involvement at the committee level includes 23 years on the SNT-TC-1A review committee and 11 years as chair of the SNT-TC-1A Interpretation Panel. He also served on the Publications Review Committee for 15 years, the majority as chair.

Mackin was a contributor to the Nondestructive Testing Handbook, Vol. 2: Liquid Penetrant Testing, third edition and the second edition of Vol. 8: Visual and Optical Testing. Mackin has ASNT NDT Level III certifications in six methods (MT, PT, UT, VT, ML, and ET) and is an ASNT Fellow (class of 2000). He is also an ASNT Past President.

At the local section level, he has served on the Greater Houston Section’s executive committee for five years. During those five years, he held all of the section officer positions including chair.

Mackin is also involved in committee work for the American Petroleum Institute’s Committee on Standardization of Oilfield Equipment and Materials. He is a member of the Resource Group on NDT and a member of the Committee on Drilling and Servicing Equipment. He is the project leader for the development of an ISO standard ISO 10407-2: Inspection and Classification of Used Drill Stem Elements. Mackin is also a voting member of several ASTM technical committees and has served two terms on the NDTMA board of directors.

Prior to becoming involved in nondestructive testing, he had nine years of leadership experience as an US Army officer, completing airborne school, ranger schools, helicopter flight school, and the infantry officers advanced course. He served a tour in Vietnam as a helicopter pilot. After leaving the active duty in the army, he continued his service in the Texas National Guard, assigned to an aviation battalion. 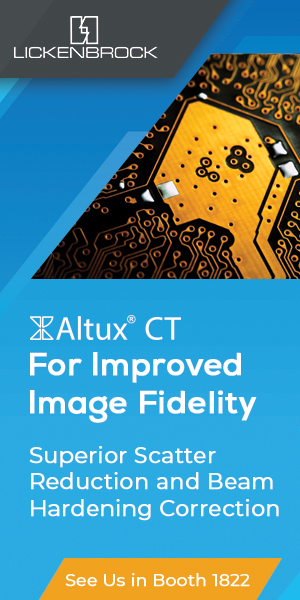